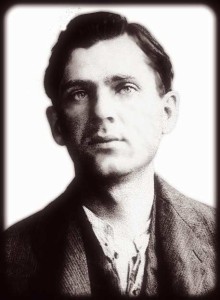 Leon Czolgosz, who had arrived in Buffalo the previous Saturday, had already made the decision. He would later tell authorities that he hadn’t, if he hadn’t already decided to shoot the President of the United States, he wouldn’t have purchased the gun he would use to do just that.

Leon had a whiskey sitting at his usual spot in the John Nowak’s saloon and boarding house. The establishment was known as a Raineslaw hotel, one that could legally serve liquor on Sundays which was what had partly attracted Leon to the place, that and the fact it was in a Polish neighborhood. He liked hearing Polish being spoken. It reminded him of his mother in their kitchen.

Leon nursed his drink and read the paper. He read about how the city would be decorated for the president’s arrive tomorrow afternoon. John G. Milburn, president of the exposition along with the mayor and a few other dignitaries would meet the president not at Union Station, but just past the station at Porter Avenue in Dunkirk. The paper said the streets will be handsomely decorated.

Leon set the paper down finished his drink and walked towards the front door. The bar tender said “See you later Fred?” Leon muttered something under his breath that the bar tender couldn’t hear. When he registered for his room, he gave the name Fred Nieman. It was just one of the lies that Leon had grown accustomed to telling.

After leaving the bar, Leon walked the five miles up to the new Walbridge’s Hardware Store on Main St. Here he purchased a new 32 caliber Iver Johnson revolver. Oddly, this same make would later be used to attempted to kill Franklin Roosevelt, and by Sirhan Sirhan to kill Robert F. Kennedy. But in Leon’s mind, he only wanted to shoot one person: President William McKinley tomorrow afternoon when he gets off the train.