On this day Lewis and Clark return to civilization after spending more than 2 years going from the Mississippi River to the Pacific Ocean on orders from President Jefferson. It was the first recorded expedition to the west coast of America and back. But I can hear you saying what does that have to do with Ohio? Really? 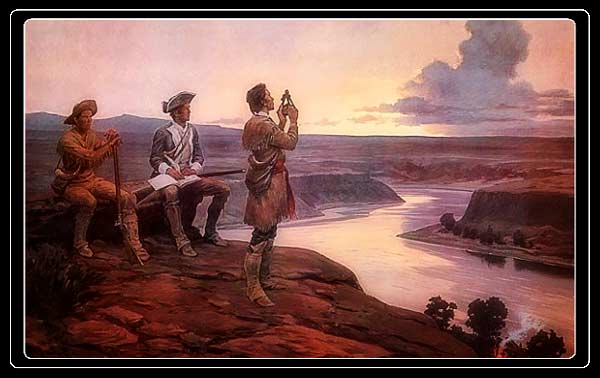 While Lewis and Clark were not born in Ohio, they both were part of making Ohio a safer place for settlers to live. To that end, they were part of General Anthony Wayne’s expedition into Ohio that resulted in a treaty being signed at Camp Greeneville among many of the warring Native Americans here.

That’s when Wayne and an expedition of highly trained military men including Meriwether Lewis and William Clark where they fought a little battle at a place that became known as Fallen Timbers. The entire battle was over rather quickly as battles go.

The Native Americans retreated north a few miles to a British fort where they sought protection from the Americans hot on their heels. But the British were under strict orders not to engage the Americans and the Indians were left out to fend for themselves, so they fled further north abandoning their nearby villages. The ugly Americans destroyed those villages, destroyed their crops and went home. The Native Americans would have a long and hungry winter before deciding to accept the treaty General Wayne was offering. At that signing were most of the Native American dignitaries. Lewis and Clark were there too. 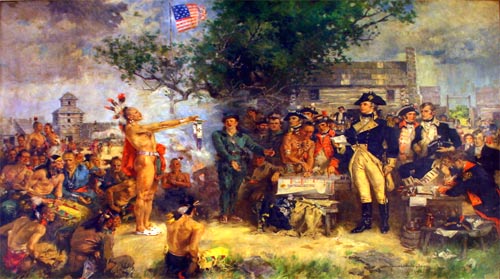 Almost nine years later, Lewis and Clark would be returning safely to St. Louis with wild tales of what they saw and who they met. That information would be quickly forwarded to President Jefferson who would be amazed. Today a number of those items that Lewis and Clark brought back with them were given to Thomas Jefferson who kept most of them at Monticello in Virginia. Most of those items disappeared after Jefferson’s death. Items the two explorers kept for themselves at now located at the American Philosophical Society in Philadelphia. 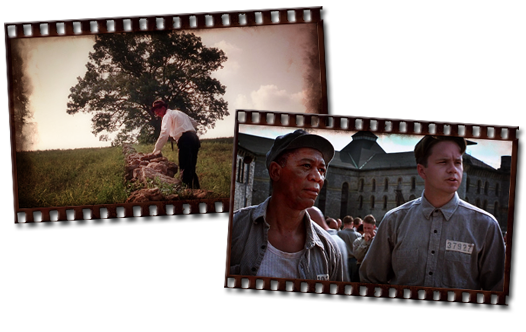 The World Discovers Rural Ohio
Also on this day in 1994, a little movie written by S. King premiered across the country and became a hit with 7 Academy Award nominations. Many scenes in the movie The Shawshank Redemption, were filmed behind bars at the Ohio State Reformatory in Mansfield, as well as various locations in and around Mansfield. The famous oak tree shown in the movie towards the end was on Pleasant Valley Road in Lucas, Ohio. The Wyandot County Courthouse was used by the film crew to recreate Andy’s trial and conviction. And the bank that Andy visits to withdraw a sizable sum of money at the end of the film was the Maine National Bank in the film, but locals in Ashland Ohio know it simply as the Huntington Bank.

By the way, the Ohio State Reformatory site was also used in the film Air Force One where it stood in as the Russian prison, Rickenbacker International Airport was used as the Ramstein Air Force Base in Germany, the Presidential Palace in Kazakhstan were shot at Case Western Reserve University in Cleveland, as well as the opening scene of Moscow government buildings which were actually University Circle and the Cuyahoga County Courthouse in Cleveland.