July 20: He had gone through 1000s of simulations preparing for this moment. His craft the Eagle, was approaching the surface and the alarms were sounding multiple problems. Back on land the men in the control room had no answers that could solve all the problems before his craft crashed into the field of boulders. His on-board flight computer was sounding a glaring warning that it couldn’t handle the job. He was on his own.

Maneuvering around the Chevy-sized boulders was using up precious fuel and there was no fuel stations closer than more than 238,000 miles. Commander Neil Armstrong was used to difficult if not impossible situations and staying calm when any normal person would have frozen. He could see the dust flying up around his craft. He knew he was close, then his Lunar Module Pilot, Buzz Aldrin called out “Contact light…” The first words sent back to blessed Earth as Apollo 11 made initial contact with the dusty surface. Three seconds later the Lunar Module was on the surface of the moon. Armstrong said, “Shutdown.” Aldrin replied, “Okay, engine stop.”

Charlie Duke, the Mission Control officer back in Houston confirmed the event, “We copy you down Eagle.” After checking a few more switches, Armstrong replied “Houston, Tranquility Base here. The Eagle has landed.” Charlie then replied, “Roger Tranquility, we copy you on the ground. You got a bunch of guys about to turn blue. We’re breathing again.”

Breathing again for good reason. Neil Armstrong and Buzz Aldrin had just 45 seconds worth of landing fuel on board when the engines shut down—45 seconds from failure to success. The boy from Wapakoneta, Ohio who had overcome difficult situations all his life, had just converted a difficult situation into one of the greatest achievements in modern technology– it happened on this day in 1969. 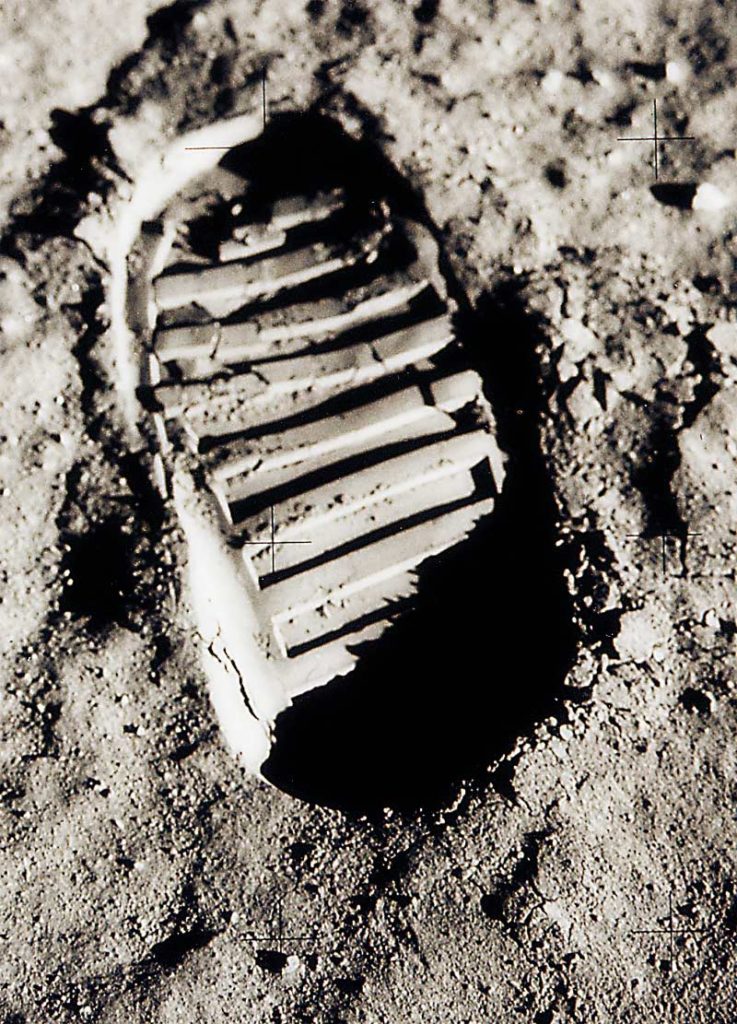