For the past few days doctors feebly suggested the President might pull through. Newspapers were giving 2 hour updates of his temperature and heart rate. These reports were being posted on bulletin boards throughout the country wherever a telegraph office was located. On Thursday everyone was hopeful.

I have passed the best night of any since I was shot,”
McKinley told his fretful wife Ida.

Suggestions that it would have been better to have taken him to a hospital were scoffed at by the medical professionals in Buffalo. He is getting the best possible care here at Milburn House. “The president will recover,” said Dr. McBurney on Thursday. Dr. McBurney was one of several doctors attending the wounded president 24 hours a day.

In Washington D.C. plans were being made for a great celebration upon the President’s return to the capital. A great parade will be conducted from the railroad station up Pennsylvania Avenue to the White House. The special train will be outfitted to transport the president once he is healthy enough for travel, but will be expected to travel slowly so as to not overly tax the President’s strength.

Officials that had gathered at Buffalo once they received news of the shooting on September 6, began departing on Thursday when it appeared that McKinley would make a full recovery.

On Friday evening (yesterday) there was an unexpected down turn in McKinley’s health. The President slipped into unconsciousness. Oxygen was administered. Some time elapsed before the President opened his eyes again. He motioned to someone to come closer and whispered “Mrs. McKinley.” Ida was brought in but he had again lost consciousness.

Knowing the First Lady’s unsettling manner of collapsing when faced with agitation, the doctors suggested she be taken outside the room again. Again the President opened his eyes, and again whispered “Mrs. McKinley?” and again she was called back. This time a chair was pulled closer to her dying husband. She sat down and clasped her hands around his.

Across the country newspapers had for several days been printing the President’s biography telling his life story, his accomplishments both in and out of office. Everyone already knew he was born in Ohio, had served in the Great Rebellion and had been governor of Ohio. They wanted to know the personal stories of people that knew the President before he was president.

Stories of how even as a boy he displayed his intellect and was able at 16 to help support his family by taking on a job as a district school teacher for $25 a month. Accounts involving McKinley and the Great Rebellion were plentiful and how, when the war came, he was one of the first to enlist as a private.

A few days after his enlistment, he, like so many other Ohio boys, boarded a train for Columbus. Here they gathered at the new Goodale Park until there was no room and no trees left. They then marched over to Camp Chase where McKinley became part of Company E of the 23rd Ohio regiment. The sprawling fields at Camp Chase were dotted with 100s of canvas tents supplied by the state.

Here at Camp Chase which would in a few years become a confederate prisoner of war camp, among these 1000s of boys and young men, William McKinley’s intelligence was noticed and he was promoted from private to commissary sergeant and put on the staff of another future president, Rutherford B. Hayes. After the war, Hayes would be McKinley’s mentor and political adviser.

McKinley’s bravery at the Battle of Antietam was noticed by Hayes who wrote to Governor Todd of Ohio, who then responded by ordering his promotion. By the time McKinley was mustered out of service in 1865, he had become a Major, a title he held dear and honored to have achieved. As he told an old friend who asked what he should call him now that he was President of the United States. McKinley replied “You must still call me Major McKinley, for I won that title. These other titles are only temporary.” His wife would also call him Major.

On this Saturday morning in 1901, the 39th President, the 6th president from Ohio (3 of whom died while in office) would die in his bed at Milburn House in Buffalo, New York. Just before his death, McKinley whispered to his wife “God’s will, not ours, be done.” Ida McKinley, his most fragile wife of 30 years whispered back “For his sake, For his sake,” as she clasped both of his hands.

McKinley looked about the darkened room seeing the doctors and nurses, then spoke softly towards them and said “Good-bye all. Good-bye. It is God’s way. He will be done.” These became the last words of William McKinley, a man known for his eloquence as he slipped into unconsciousness for the last time. Sensing the end was near, Ida was quietly ushered out of the room for fear that she would collapse. At 2:16 A.M., Dr. Rixey placed his finger on the president’s neck. “It is over,” he said tearfully. “The President is no more.” 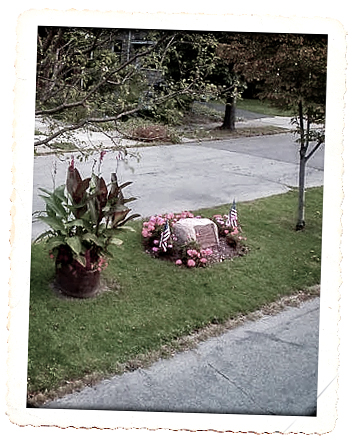